In August 2022, Robert E. Rich (Bob) was named Senior Chairman of Rich Products Corporation, after serving as Chairman for the past 16 years. During his tenure, he led the company to more than $4.5 billion in worldwide sales revenue. Rich’s continues to build business in new markets with cutting-edge management practices, high business ethics, and customer service standards, which have earned Bob distinction as one of the nation’s most prominent business leaders.

His dynamic leadership was recognized with an appointment as Chairman of the U.S. based Grocery Manufacturers Association in 1999 and selection as a National Restaurant Association “Diplomat” in May 2000.

Other noteworthy distinctions include his 1996 induction into the Frozen Food Industry Hall of Fame, making his father, Robert E. Rich, and him the first father-and-son team to be so honored. That same year, Refrigerated and Frozen Foods magazine selected Bob as its “Executive of the Year.” In 2017, Bob and his father were inducted into the inaugural class of the Western New York Business Hall of Fame and joined a group of Buffalo’s finest leaders celebrated for leaving an indelible mark on Buffalo Niagara.

In 1984, he realized another major goal when he purchased baseball’s Triple-A Wichita Aeros and moved the American Association franchise to Buffalo.

In 1988, Bob cut the ribbon on Buffalo’s new downtown ballpark, celebrating the fulfillment of a dream to build a new home for the Bisons and setting the franchise on a course that has since included two league championships and annual minor league attendance supremacy.

He serves as Chairman of Bison Baseball Inc., Northwest Arkansas Baseball Inc., and Morgantown Baseball Inc. He is also the past Commissioner of the National Baseball Congress, an organization of amateur and semi-pro baseball leagues operating in the U.S. and Canada. 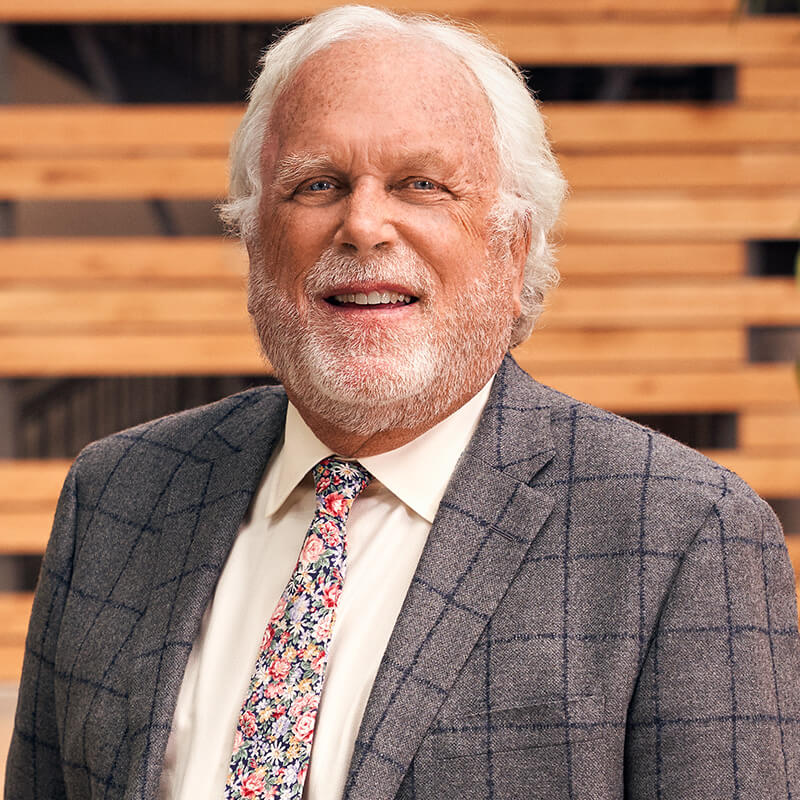 Yellowtail snapper, corn on the cob, endive salad, sourdough bread, a glass of Chablis and a slice of Rich’s cheesecake

Bob’s path to success – in business, sports and the community – began at the Nichols School in Buffalo, where he was a football quarterback and a standout goaltender in the prep school’s illustrious hockey history.

After Nichols, Bob continued to show his prowess at Williams College, where he earned a Bachelor of Arts degree in 1963 and served as co-captain of the hockey team during his senior year. After graduation from Williams, he returned to Buffalo and broke into professional hockey as a backup goalie for the Buffalo Bisons of the American Hockey League, before a try out for the 1964 U.S. Olympic Team.

After active duty with the U.S. National Guard, Bob joined Rich Products in 1964 and received a complete introduction to the company in the role of President of Rich Products of Canada, a start-up subsidiary. While working, he returned to school to earn his MBA with honors from the prestigious University of Rochester Simon School of Business in 1969. His next position at Rich’s was Vice President of Sales and Marketing, a new department for the company that he started and staffed.

Over time, Bob assumed the positions held by his father and mentor, Robert E. Rich. Bob Rich was named President of Rich’s in 1978 and Chairman of the company in 2006.

Throughout his distinguished career, Bob has received numerous awards for his business, community and professional sports endeavors.

In May 2000, Bob was inducted into the prestigious National Restaurant Association Educational Foundation College of Diplomats, joining a select group of leaders who exemplify the industry’s finest.

Bob is also a recipient of the Peter Medaille Medal from Medaille College and six honorary doctorates – from St. Bonaventure University, Niagara University, D’Youville College, Johnson and Wales University, Hilbert College and Canisius College. In addition, he received a Distinguished Alumni Award from the University of Rochester.

On June 8, 2014, Bob delivered the commencement address at the University of Rochester’s William E. Simon Graduate School of Business Administration graduation ceremony. He addressed graduates after receiving the Charles Force Hutchison and Marjorie Smith Hutchison Medal, the university’s highest recognition of personal achievement, for his contributions for more than 45 years after graduating from the Simon School’s MBA program.

Today, Bob is active with several corporate boards and organizations. He also serves as Chairman Emeritus of the Board of Directors and Trustees of the Cleveland Clinic and Emeritus Trustee of the International Game Fish Association.

Bob is a member of the Cystic Fibrosis Foundation Leadership Council. He co-founded and chaired Western New York United Against Drug and Alcohol Abuse and the annual Greater Niagara BassEye Celebrity Challenge with his wife, Mindy. As a signature event in Buffalo, it has raised more than $1.3 million for cystic fibrosis research. He is also a member of the Outdoor Writers Association of America, United States Squash Association, Billfish Foundation and the United States Masters Swimming – Florida Gold Coast Chapter. Additionally, he is a life member of Distinguished Order of Zerocrats and National Frozen & Refrigerated Foods Association Honorable Order of Golden Penguins.

Bob is a trustee and director of the Cleveland Clinic Foundation and on the Trustee Council for the University of Rochester. He is a Conti Professor at Penn State University and a Conoco Phillips Lecturer at the George HW Bush Library at Texas A&M.

Bob has served as a co-producer to several theatrical productions on Broadway with Mindy as part of the Rich Entertainment Group.