An Anchor in the Fight Against Hunger

Walking through the streets of Buffalo’s West Side, one notices a familiar paradigm. Single-family homes pop up, one after the other, interrupted by the occasional industrial sprawl—factories that once powered the steelmaking industry, now converted into apartment blocks.

But behind the industrial facade is a vibrant, diverse community. The parks that dot the West Side are often scenes of celebration, with families gathering and filling the air with a wealth of languages. But there is another language spoken by almost all community residents: the language of food.

Whether they’ve resided in Buffalo for generations or just arrived, food is a cultural cornerstone for families here. Given its significance, it might be hard to fathom how food can be in such short supply for many residents. Yet, according to FeedAmerica, food insecurity is the reality for 13% of adults and 20% of children living in Western New York.

The organizations that compose the West Side Promise Neighborhood (WSPN) are trying to change that.

“You’re food insecure if you don’t know where your next meal is coming from or if you don’t have enough of it. If there’s not enough for everyone to have a nutritious meal, that’s food insecurity.”

These are the words of Talia Rodriguez, associate director at WSPN and a lifelong Buffalo resident. Her smile is easy and genuine, spreading from ear to ear as she speaks. Yet it belies a first-hand knowledge of just how insidious the problem of hunger can be in the community.

A fifth-generation Buffalonian, Rodriguez remembers childhood afternoons spent waiting on her aunt’s porch for the food stamp booklet to arrive. Now, from an office at Buffalo State College, she is responsible for facilitating the relationships that help feed those in need throughout the West Side. And because of her upbringing, she understands that the issue of food insecurity is often compounded by certain social realities.

“In my situation, we lacked transportation. So Titi had food stamps, but we couldn’t get to the store to get what we needed in the amount we needed it,” Rodriguez recalled.

Now, by helping organize food drives at local churches throughout Buffalo’s West Side, Rodriguez and the members of WSPN are helping to improve access to food for those who need it most. 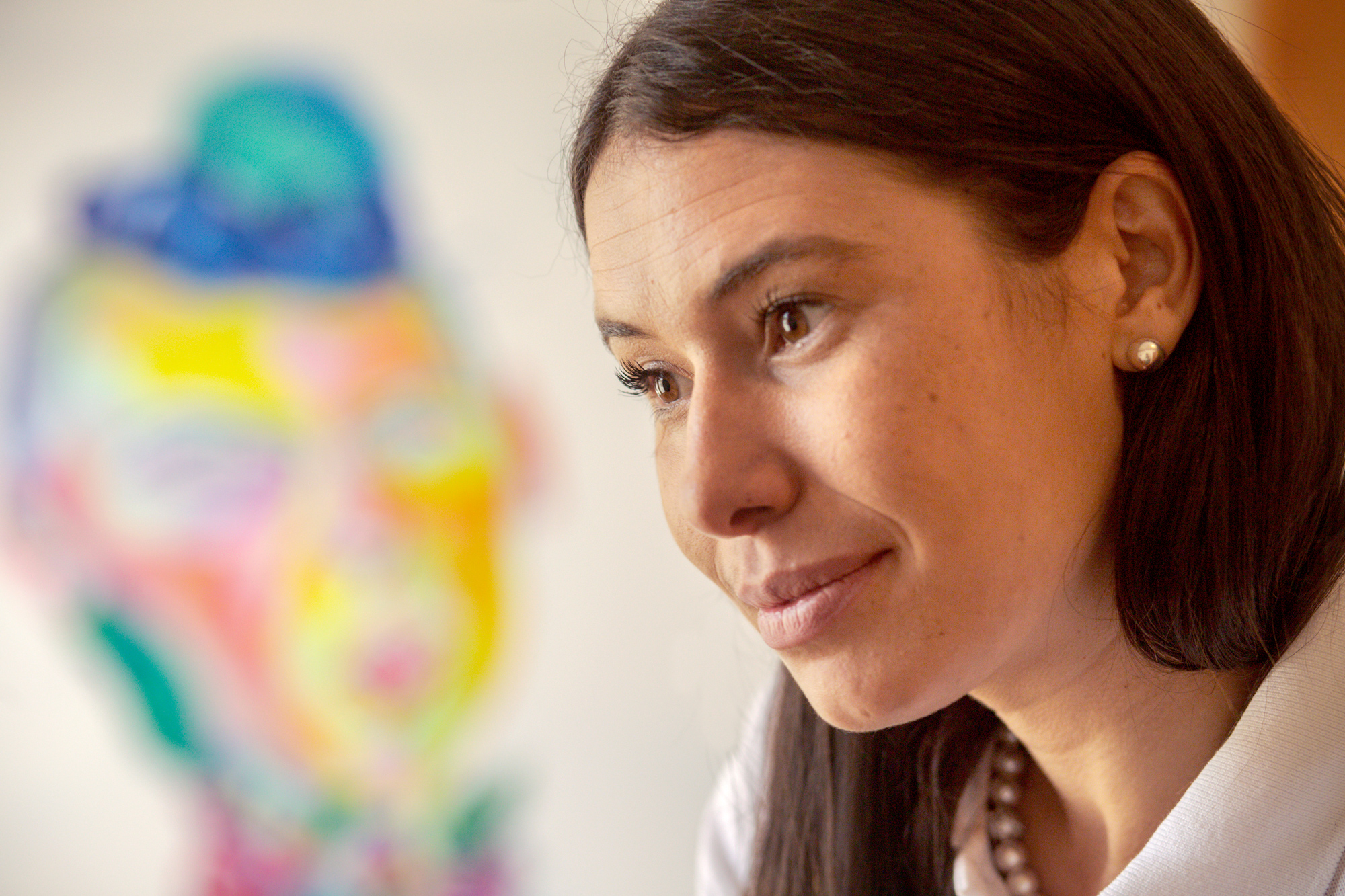 Modeled after the Promise Neighborhoods program established by the U.S. Department of Education, WSPN provides social aid that is, by nature, heavily geographic. The idea is to gather enough community stakeholders to address issues like food insecurity.

“When you’re applying for a Promise grant, you have to bring a lot of people from the community together. It’s important because, absent that collection of perspectives and minds, decisions are made in isolation,” said Rodriguez.

But even as a collective, the group of nonprofits and local businesses that make up WSPN found it difficult to organize their individual efforts into cohesive action. When the grant funding they were expecting fell through, the group continued to meet. But it became increasingly clear that, without a central force to help coordinate their endeavors, their work wouldn’t have the desired impact. They needed an additional anchor. That’s where Rich Products got involved.

“Rich’s, to their credit, was at the table. Like literally, physically at the table when we were having these conversations about ‘what do we do now?’” said Rodriguez.

For a year, a team from Rich’s had been meeting with other members of WSPN as an invested party with a real stake in the community. When the question of funding arose, Rich’s was in a position to not only answer the call but to partner with Buffalo State and create a grant-funded position at the college. This position of associate director would be responsible for bringing together all the disparate organizations and facilitating connections at the community level.

“We try to spend as much time as we can listening and learning,” said Kevin Aman, Rich’s VP of community engagement and WSPN board member. “While our perspective might be a global one, it is still only a single point of view. That’s why it’s so important to learn about the people we are working with side-by-side—to learn where and how we can do the most good.” 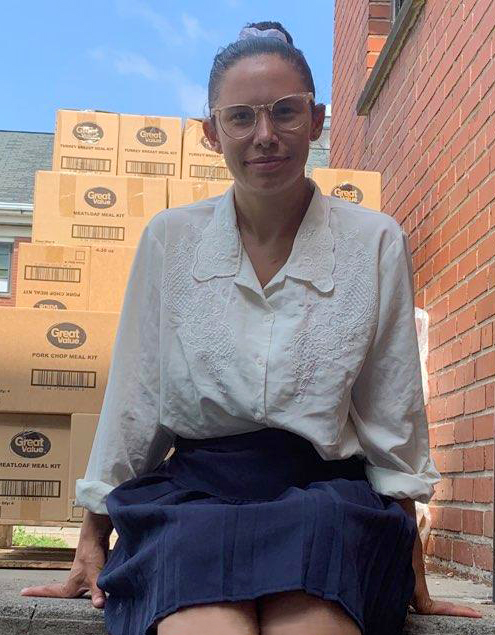 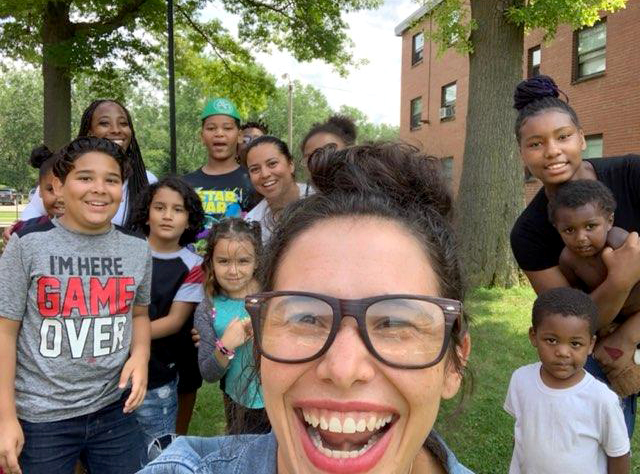 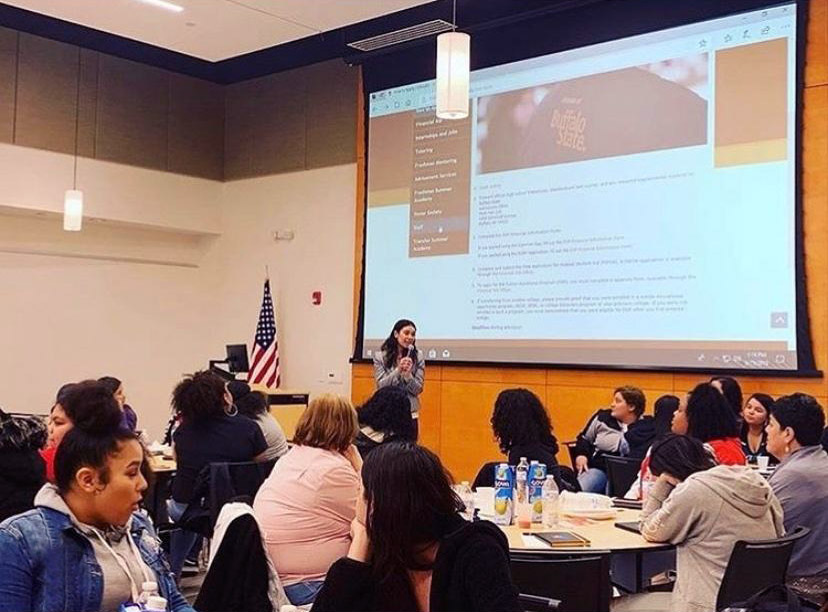 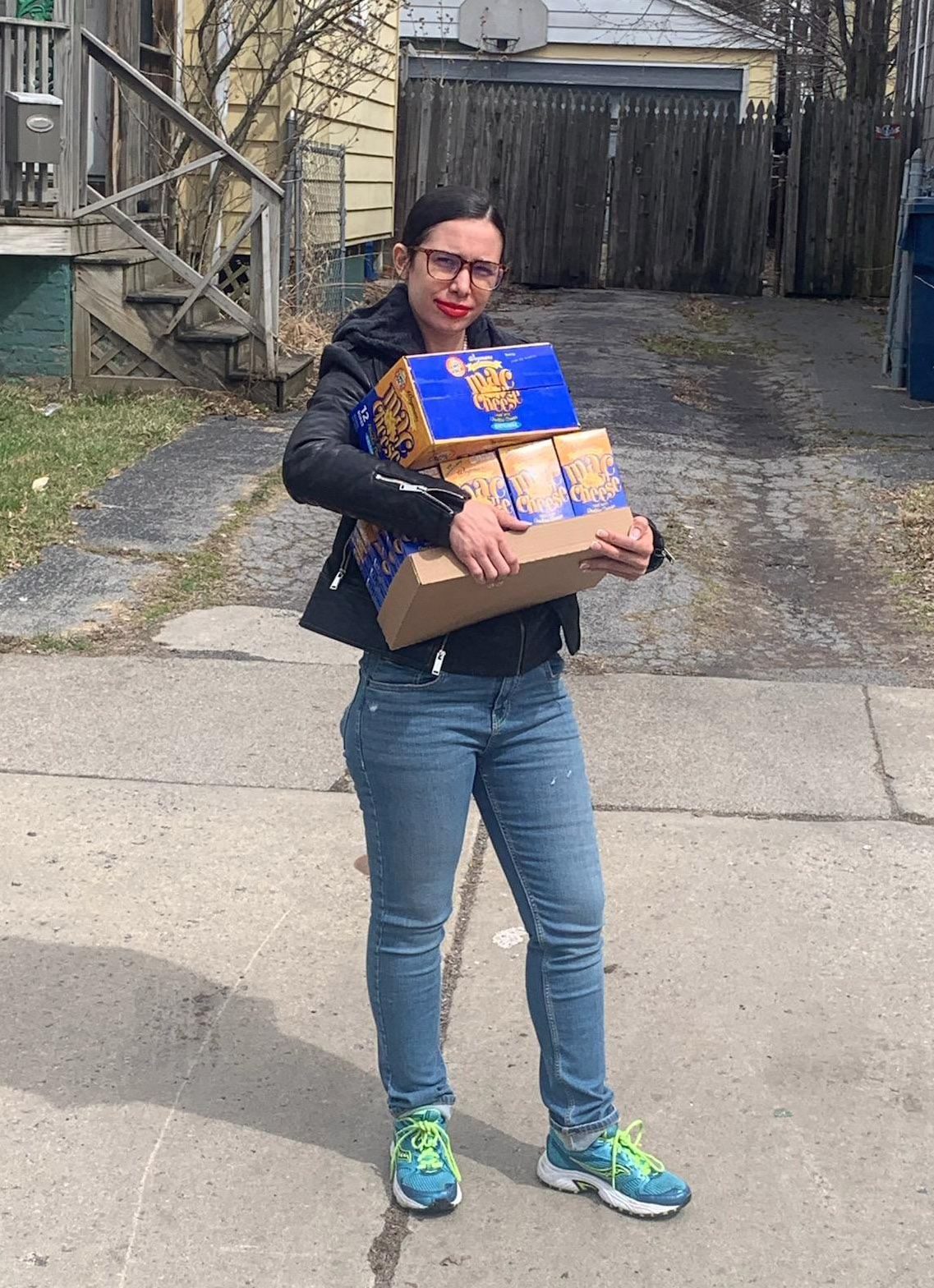 Rodriguez wasn’t always the associate director of WSPN. There was a time where her future seemed headed toward a career in D.C.

“I was interning for the Supreme Court. I was working with the National Puerto Rican Coalition. I just had all this energy,” said Rodriguez.

But while things were aligning for her in the capital, things in Buffalo were getting worse. So, she decided to come back and see if she could make a difference locally. She helped build legal clinics in schools and started working for the educational nonprofit Say Yes Buffalo. This ultimately led her to WSPN, where her lived experiences and insights into the community are essential to building a stronger West Side.

To illustrate just how important local insight is to the work that WSPN does, Rodriguez recounted a recent interaction with another local organization, D’Youville College.

“D’Youville had recently earned a grant to be able to distribute groceries throughout the community. They came to WSPN to see if we could connect them to some folks who could help. We connected them with Destiny International, a church that was four blocks away from D’Youville that does a food giveaway for the immigrant, refugee, and new American communities.”

As luck would have it, the very day that D’Youville was searching for their local connection, Destiny International’s regular food supplier informed the church they would no longer be able to deliver. Now, every Wednesday, the church picks up 300 pounds of food from the college to distribute to those in need.

“The partnership seems intuitive because the church and the college are so close. But WSPN was the one. Our little food security council was the place the D’Youville representative came to look for help, and we were able to connect them with one of their neighbors,” Rodriguez beamed.

A Future Built on Insight and Understanding

When it comes to fighting food insecurity on the West Side, anecdotes like this illustrate both the rewarding aspects and one of the main challenges.

“There are people who have food but don’t know how to get it out. So, a lot of what we do is building a distribution system,” said Rodriguez.

Keeping that distribution system functional means ensuring the churches who participate in the program have their registration forms filled and up to date. It means ensuring that all advertising materials are printed, not just in multiple languages but at a reading level an array of individuals can understand. It means having a strong street presence, so that residents who can’t understand those flyers still know when and where they can find food. And it means that, when they get there, they are greeted with a smile that transcends language. It means fighting the stigma surrounding food insecurity, so that those who really need help aren’t ashamed to seek it.

But maybe the biggest challenge Rodriguez and WSPN face is making sure that their work stays faithful to their neighbors’ vision. There are so many nuances when it comes to creating equity in the distribution pipeline. Rodriguez must navigate complex issues like race and religion while encouraging civic engagement—something she knows WSPN couldn’t do without support.

“Without Rich’s, we could not do this work,” she said. “This food would not get out, and we would not be having these conversations. Their impact is incredible.”

Get to know Rich’s

Get to know Rich’s

Learn About
Our Impact

Learn About
Our Impact